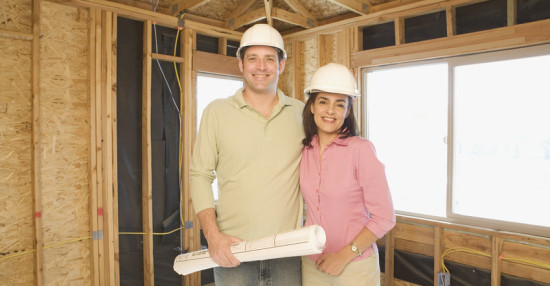 The impact of the mortgage crisis of 2007/08 was very deep for many involved in the construction industry. Gary and Jennifer owned and operated a company that specialized in the design and creation of new homes. They also had a separate branch of their business that focused solely on the upgrade and remodeling of bathrooms and kitchens.

Their business practice allowed clients to contact them and pay a partial payment for the commencement of their services. During the construction phase, clients would pay another portion of the total amount due and as the job is finished the last part of the payment was owed.

The initial payment would allow Gary and Jennifer to purchase building materials, but in many cases the amount initially paid was not quite enough to cover all building material costs. During the pre-crisis days things seemed easy, the debt, or at least a large portion of it was paid within 30-60 days.  However toward the end of 2007 Gary and Jennifer got caught holding the bag of credit card debt as their clients failed to pay on time, or just failed to pay. This resulted in only the minimum payments being paid on their company credit cards, houses left structurally unfinished, and new construction orders came to a halt.  The kitchen and bathroom business also contracted, but luckily not to the extent of the new home construction business.

A lot of debt was amassed during this economic downturn, but the debt was being paid. As the bills came in, both Gary and Jennifer realized that if they continued paying their minimum payments they were going to be stuck with a payment plan almost 30 years long.

A little more than a year later the situation was pushed to the breaking point as Jennifer was diagnosed with cancer. For the most part, she was unable to work and business was detrimentally affected. Uninsured medical costs grew and medicine, even at a discount was running $100.00 per day. Both Gary and Jennifer were hoping there was a way out. After talking to many family members and friends for ideas and support, one friend, who happened to be our client referred them to us.